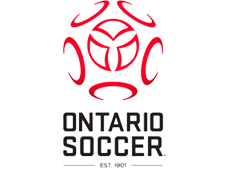 With approximately affiliated 350,000 players, 9,500 match officials and 25,000 coaches participating in soccer through its +600 clubs, academies and associations, it is the largest provincial sport organization in Canada.

Ontario Soccer has been a pioneer in the modernization of youth soccer. They’ve boldly moved to adopt principles that we now know help youth development and keep kids playing beyond their early childhood years. This pioneering work has often meant changing existing leagues or competition formats or creating new ones, without certainty of outcome.

The Ontario Player Development League (OPDL) – Launched in 2014, the OPDL aims to create a periodized daily training environment and game-based training approach to its advanced players groups at ages U13-U17. We conducted an important two-year review of the League in 2015/6.

The Ontario Academy Soccer League (OASL) – This new league was launched in 2017 by Ontario Soccer, as a two-year strategic pilot project for participation by affiliated private youth soccer academies. We conducted the official evaluation of the League at the end of its two-year pilot period.

Region One – Region One was launched in 2016 as a multi-jurisdictional youth soccer league in Southwestern Ontario, targeting improved game-play for players in late fundamental skills development age groups of U11 and U12. Ontario Soccer extended the League in 2017 on a one-year pilot basis and we were called upon to carry out the resultant assessment of the league’s effectiveness at the end of 2017.

Ontario Cup – With its origins dated back to 1901, the Ontario Cup is the centrepiece of Ontario Soccer’s soccer-for-life competition structure. Traditionally run across multiple age groups, elements of the Cup have fallen out of compliance in recent years with the Long Term Player Development framework that drives player development across the whole of Canada. As such, Ontario Soccer has recently been challenged with bringing a competition that is steeped in history, tradition and prestige in line with modern technical requirements and principles. We were brought in to assess a proposed new game format for the Cup, that was piloted at U13 group in 2017, as part of the Association’s ongoing modernization of the Cup.

“Ontario Soccer has a long, trusted relationship with Capitis Consulting. We have found the consultancy particularly helpful in providing independent, evidence-based assessments of some of our new, pioneering competition programs, where objectivity is key. The firm has excelled in evaluating these programs based on clear, material KPIs and assessment criteria. Their work has been instrumental in Ontario Soccer continuing to shape the future of 21st century soccer in line with what our participants need. That’s huge value that is hard to replicate or match.”

Ontario Soccer is the governing body for the sport of soccer in Canada’s largest province, Ontario.
Evaluation

The Ontario Volleyball Association is the governing body for the sport of volleyball in Canada’s largest province, Ontario.
Evaluation