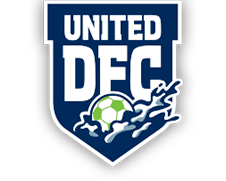 The club was formed in 2018 from the merger of four other, smaller amateur soccer clubs in the area – Cole Harbour Soccer Club, Eastern Passage Soccer Club, Dartmouth FC and Dartmouth United Soccer Club.

We were brought in to help design and plan the newly-formed club (United DFC), including its personnel structure and operating model particularly in its first year of operation. This work included the facilitation of a full-day planning workshop for the expanded leadership group at the club and providing important advice on what was needed to make the new United DFC successful. This included help on Board governance, staff leadership, technical programming, club branding and member communications.

“Capitis Consulting’s early assistance in the early establishment of United DFC was crucial to its success. After its initial creation post-merger, we didn’t really know what the club should look like, or how it should operate. It was much larger and complex than anything any of us (as soccer volunteers) had been involved with, from an amateur soccer standpoint. Capitis Consulting not only led us through the right path to establish United DFC, they also pointed out some important areas of early focus that we might have overlooked without their expert help. We would call on them again at any time we are in need.”

United DFC is a grassroots youth and adult soccer club located in the eastern Halifax region of the Atlantic province of Nova Scotia, Canada.
Board Support

The Oakville Aquatic Club (OAK) is a large swim club located in Oakville; an affluent western suburb of Toronto, Canada.
Board Support